Below are some things I’ve done.

This isn’t comprehensive, but gives a flavour of the range of work I do.

By the way, I’m available and versatile and would be happy to discuss your needs. himself[at]russswan.com

I write a monthly column for the scientists’ newspaper Laboratory News, covering a wide range of serious and not-so-serious issues. The Lab Babble column has appeared since 2011 and among my personal faves are the formula for the perfect scientific formula and the creation of the all-purpose television Frankenpresenter, Professor Dr Brian Brian O’Briain

At last count I have written over 100 articles for the Daily Mail / MailOnline. These cover science, engineering, technology, and health, including astronomy and cosmology, archaeology and paleontology, zoology, climatology, and environmental issues. There should be a complete list here. MailOnline describes itself as the world’s largest English-language newspaper website, with over 220 million unique visitors per month, and who am I to argue with that? One notable scoop I secured is that the claimed world’s oldest hafted axe may not have had a haft (handle) after all.

I provided the majority of copy for the launch issue of MDET Journal, published for the National Association of Medical Device Educators and Trainers, after attending the organisation’s annual conference in November 2016. I was pleased to then be asked to provide a major feature for the second issue.

e and technology news and features for consumer magazines and websites including Wired and Gizmodo, including a report on the hidden physics engine inside the human brain, one of a series of updates on the mysterious WTF star that some space cadets think must be a Dyson sphere, a look at where the postulated Planet Nine might be in the solar system, and a future tech report on thin flat mobile device speakers made of graphene aerogel. 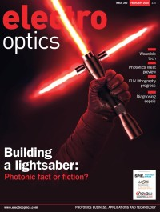 I’ve written a number of articles for Caravan magazine on motoring technology and travel destinations. These include a hands-on review of dashcams, a guide to retail destinations, and a novel navigation system to overcome the infamous campsite postcode problem – which can lead the unwary to a location miles away the intended. I’ve produced dozens of travel articles for this magazine and its stablemates MMM (for motorhomers) and Camping, and a motorhome roadtest feature for Which Motorhome. After being a judge for the Caravan Club Tow Car of the Year competition, involving three days at the Millbrook test track putting the cars through their paces, I produced an alternative tow car of the year feature highlighting the shortcomings that were sometimes glossed over by the the official awards. I also produced a comprehensive guide to motoring around the west coast of Ireland along the extraordinarily scenic Wild Atlantic Way.

Seven-page travel feature on the incredible 1700-mile Wild Atlantic Way. Confession: I didn’t drive every single mile of it, but I did do about half

Content marketing is another string to the bow, and I’ve written a number of articles on technical subjects for this purpose. These include features on the use of the shape-memory metal Nitinol in medicine, wearable technologies, making diamond cutting tools harder than, er, diamond, improving durability of undersea robotics, and the creation of ‘supersteels‘ for the cars of the future.

I also occasionally provide PR support services such as writing press releases and feature articles, or selling-in stories. I was quite pleased (and so was the client) to place a good plug for property developer The Resort Group in this feature on buying overseas property in the Daily Telegraph.

I’m also working with a major technology company to provide many pages of detailed product information for its new website, but we can’t really talk about that just yet.

Another recent project that deserves a mention is video for the launch of the a novel technology product, the iBag2. Billed as the first Internet of Things (IoT) handbag, iBag2 incorporates a range a robotics and communications tech designed to nudge the user into more responsible spending habits. I was retained by finder.com to create a number of videos and gifs, most of which can be seen on this page, and travelled to Ireland to interview the engineers in the lab, direct the videographer, and edit the material into its final form.