A bit of variety is always welcome, and the surprise June 2017 UK general election provided a surprise assignment for me from television news broadcaster ITN. The task: attend the ballot count at a nearby constituency, and be the first to report the result.

ITN had a substantial operation that night, setting out to ‘win’ the coverage of the biggest story of the year. It had a stringer, like me, at every single one of the UK’s 650 parliamentary constituencies. I was allocated Gedling, a suburb of Nottingham, held by veteran Labour MP Vernon Coaker. The seat was considered a marginal, making it much more interesting to report on than the majority of parliamentary seats which never change allegiance. 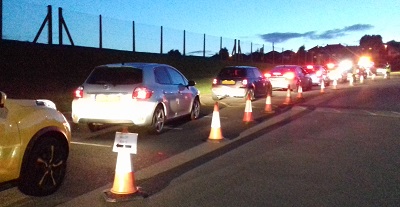 Rolling up to the car park of a local sports centre shortly after the polls closed at 10pm, I was surprised how much traffic was on the road. Surely these dozens of other cars can’t all be bringing people to watch the mundane processing of ballot papers?

In fact they were delivering ballot boxes. A steady stream of cars was marshalled quickly through an unloading area, while a van shuttled the boxes a hundred metres or so into the sports hall. It was a slick and professional operation.

Inside, having collected my credentials (a rather underwhelming silver-grey wristband), I sought out and made myself known to the returning officer, the various candidates, and other journalists. This was a two-horse race, with only the Conservative Carolyn Abbott having any chance of unseating the incumbent. The Greens, LibDems, and Ukip also fielded candidates and, as might be expected, these were the most eager to talk to the press.

At least, that was until about 11pm when the Green candidate Rebecca Connick made her excuses and left for home. She explained that her duties as a parent and a teacher with a class to take the following morning took priority over an election she had no chance of winning. 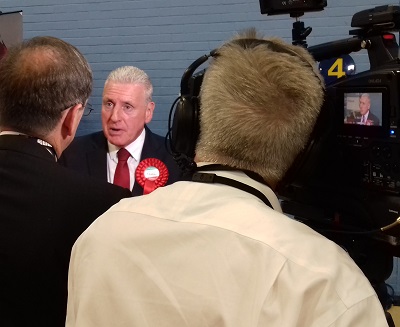 A victorious Vernon Coaker speaks to the BBC

Vernon Coaker was the last to arrive. While waiting for his grand entrance, I noticed a gaggle of local Labour party members huddled in urgent conversation near the building’s entrance. Several were checking their wrists and looking around anxiously. It was clear that something was going on, and I was the only journalist to have noticed. Perhaps there would be a juicy story.

“I’m over twenty-five thousand, just today” I heard one say. Others murmured appreciatively, with more wrist-checking.  I edged closer, straining my ears for any clue about the conversation. Finally, the reason for their excitement became apparent: they were comparing the step counts on their individual Fitbit wristbands. So much for my hopes of a great scoop.

But I did get my exclusive that night, in as much as I was the first to report the result. BBC News, Notts TV, Sky, Press Association, and the Nottingham Post all had journalists at the count, but I’m happy to say that I got the headline (‘Labour hold’) to ITN and they got it on the airwaves before anybody else. And that was the whole purpose of the exercise. 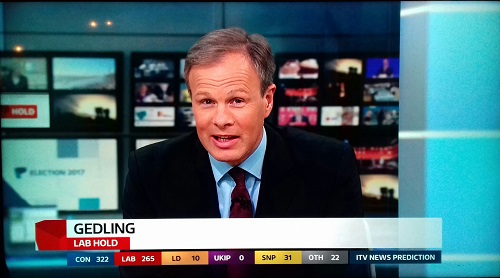 Some of these pixels are where they are because of me

← Next stop Dakar
Student journalism: the next generation →