My career as a writer is entirely the result of becoming involved in student journalism, which itself is probably the result of the deathly dull engineering course I’d enrolled on. So I was quite flattered to be invited to deliver a workshop and sit on an expert panel at the Student Publication Association’s 2017 Annual Media Conference. 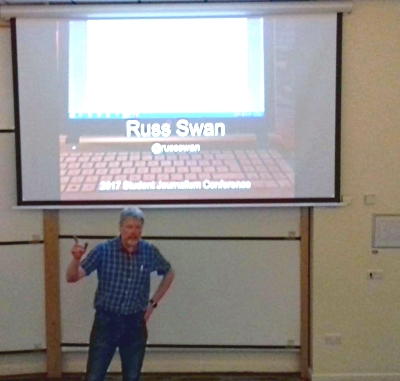 “When I were your age…” (this is a completely unstaged pic)

Would I care to come along and impart the benefit of my wisdom on freelance journalism, they asked. There were five other speakers, arranged into three sessions each with two parallel streams. Others spoke on sports journalism (Anthony Clavane), entertainment journalism (Katie Hind), data journalism (Charles Boutard), social media management (Brenda Wong), and opinion writing (Barbara Speed). There was a networking session and an awards presentation.

I was a bit surprised (and a bit relieved) at how many students turned up, considering it kicked off at 10am on a Saturday morning. Kids these days, eh? Eager to get on in life rather than sleeping off a hangover.

One thing I tried to emphasise was that, no matter how well planned their career trajectory, those who went into journalism would at some point find themselves freelancing.

The press has always been an insecure way of making a living, and modern publishing economics means that employees are rarely considered a valuable asset. Cheap, expendable, and replaceable.

Journalism is hard to get in to, the pressure is intense, working conditions can be poor, and job security is low, I told them. On the other hand, the pay is crap and everybody hates you.

There are great things about it as well. I’ve been lucky enough to visit a lot of amazing places and meet many extraordinary people, and these students will find similarly exciting opportunities. New platforms and technologies mean new possibilities, and new demand for great content. Just make sure you get a fair whack for your work, I stressed.

There is joy to be found even in the mundane aspects of reporting, and mundane reporting is where everybody starts. Find a specialism and build on it, learn how to sniff out a story, master the art of the pitch, and make sure you get paid – that’s my workshop in a nutshell.

I attended a couple of student journalism conferences myself, way back when, and now remember little about them or the speakers who addressed us. I have no illusions that this generation will be any different. Good luck out there, people. 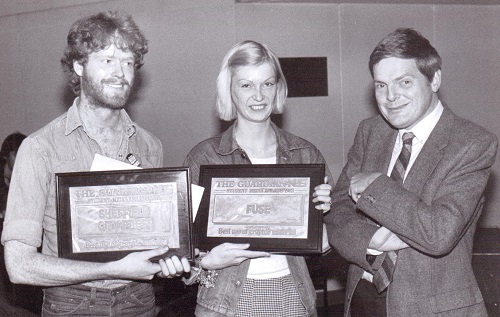 …and when I was their age, collecting a student journalism award from Peter Preston, editor of The Guardian

← In for the count
Now an author →

2 comments for “Student journalism: the next generation”