Skip to content
HomejournalismWhy ET doesn’t live on GJ 1214b

This looks like being quite a week in the search for extraterrestrial life. Today the European Southern Observatory has released details of the first analysis of the atmosphere of an exoplanet, while tomorrow (Thursday) NASA jumps on the bandwagon with a press conference “to discuss an astrobiology finding that will impact the search for evidence of extraterrestrial life”. 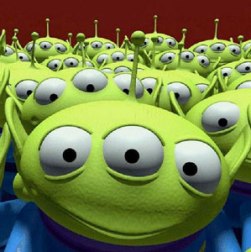 The ESO announcement concerns the atmosphere of planet GJ 1214b, which it was able to glimpse using the prosaically-named Very Large Telescope.

GJ 1214b is a ‘super-Earth’, about 6.5 times the mass of our planet, and it has an atmosphere. Both of these things are exciting, and relevant to the search for extraterrestrial life.

After its discovery last year, astronomers began speculating about what conditions on GJ 1214b might be like. Using the best guesses at their disposal, they supposed that the planet’s atmosphere might be one of three types: steamy (largely water vapour), smoggy (like Venus or Titan), or Neptuney (mostly hydrogen).

What have we learned today? That one of those guesses is probably ruled out. No signature of hydrogen was seen in the spectroscopic analyses made as the planet passed in front of its star, and so the Neptuney hypothesis is now relegated. This leaves two guesses remaining – steamy or smoggy.

In the search for ET, steamy is considered better than smoggy (or Neptuney, for that matter). But we don’t know that GJ 1214b has a steamy atmosphere, we only think that it probably doesn’t have one consisting mostly of hydrogen. Whatever it is, the planet seems very unlikely to have liquid water – and that remains the primary goal in the search for ET.

So, despite what tomorow’s headlines might suggest, this doesn’t really get us any further in the search for life elsewhere in the cosmos. For that, we will have to wait for NASA’s tantalisingly-trailed press conference, and hope that the agency is not still indulging in the boy-who-cried-wolf tactics that have preceeded previous announcements in this area.