Official Porsche press pic of the 718. The engineering case is sound, but those colours…

There’s a lot of hooey surrounding the new roadster from Porsche, launched this week and known as the 718 instead of the Boxster. Purists are aghast that the sweet flat-six engine from the old car has been replaced by a mere four-cylinder unit, never mind that power has been boosted and economy improved by fitting a turbocharger.

They are missing the point. The new car may be deeply flawed, but this has nothing to do with the power unit.

The old Boxster was often sneered at by motoring cognoscenti, derided as a poor man’s Porsche or a hairdresser’s car. The uncomfortable truth is that it was better in almost every way than the ‘iconic’ 911. It may have lacked the extreme (pointless) power of that model, but was never a slouch and outscored the 911 in simple usability.

It was cheaper – a lot cheaper – and so was an attainable dream rather than a fantasy. It was the first Porsche to have a watercooled engine behind the driver. I happen to have a bit of a soft spot for air-cooled mills, provided they are used in the right places: the boot of a performance car is not one of those places. Water cooling means tighter engineering tolerances and more power, more economy, and more reliability. These are all, to use a technical term, good things. 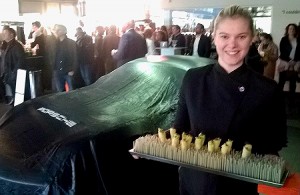 The real ace for the Boxster was the mid-engine layout, resulting in a car that simply went where it was pointed. Even skilled drivers find the 911 can spin out unpredictably, with rear-engine oversteer driven by brutal power delivery – especially in the turbo version when the boost kicks in. Macho supercar wonks might think the Boxster a little tame, but it got the job done and rarely ended up in the ditch. It epitomised the ethos of ‘less haste, more speed’. Who’s the hairdresser now?

And so to the launch of the new model 718. My local Porsche dealer laid on a thoroughly enjoyable evening event, with classy canopés and all kinds of fizz. The opening spiel tackled the issue of the missing cylinders head-on and, while not everybody was convinced that ‘heritage’ is a good enough excuse for the downgrade, the numbers do seem to support the wisdom of the decision. It’s faster, lighter, and squeezes more go from the juice. Again, good things.

Finally the shrouds were removed from the cars in the showroom, so we could see it in the metal. The Boxster has always been pretty, and the 718 has thankfully avoided the tendency towards lardiness that often affects models on their third or fourth incarnation. It is still a beauty. Except. 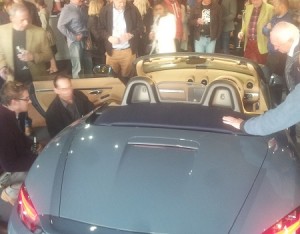 The one nearest to where I was standing was a sort of milky grey colour that actually made me feel slightly ill. In the corner was another in the orangey livery of the promotional material and event invitation. On paper this looked really nice, but in reality it was slightly salmon-coloured – almost pre-faded, like a 70s car left in the sun too long. The third was better, not so much yellow as YELLOW, but we had to venture into the dealership’s garage to find a 718 in the colour that always suited the Boxster best – black.

This one was fired up so the geeks among us could sit in the pilot’s seat and rev away, treating the assembled crowd to the throaty roar of the turbo flat-four. Yes, of course I did.

I’m almost convinced that the new car really is better than the old. I’m sure the four-pot is up to the job, even if the old naturally-aspirated six might seem more appealing. The new model looks like it should handle, stop, and entertain at least as well as the old one. Only a side-by-side test will really tell – and I’m willing if you are, Porsche UK.

But somewhere in Stuttgart is a Porsche stylist who really ought to be given an Ishihara test. And then redeployed to a new position, applying tints at the local hair salon. 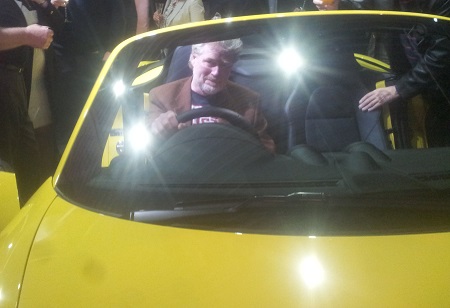 At least you’ll see me coming in the YELLOW one 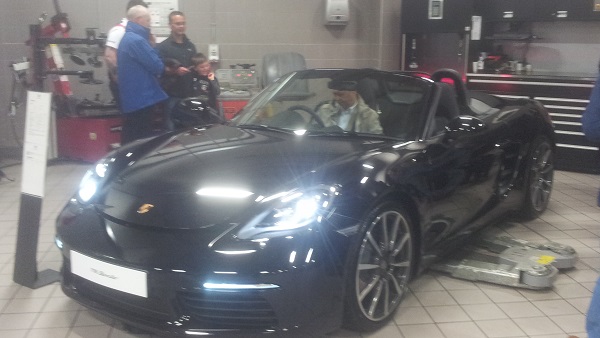 I’ll take mine in black, please