IT WAS always the wrong car for me, but it came with a job and so I lived with it for 18 months and 50,000 miles. The Citroen DS4 proved to be stylish, comfortable, and economical to run, but was let down by a seriously flawed robotised automatic gearbox and poor rear accommodation, and suffered one major mechanical breakdown. 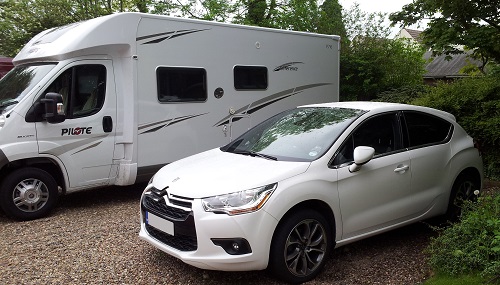 You’ll have worked out by now that I was putting in some serious mileage on this thing. My daily commute was a round trip of a bit over 80 miles, and the job took me to the four corners of Great Britain to visit and report on travel destinations. I drove many thousands of motorway miles, usually followed by a succession of progressively narrower lanes leading to some remote place of interest.

In that time I couldn’t fault the handling. It’s quite a chunky thing but always felt well planted and, when things got sticky (a fairly regular occurrence with tractors and caravans suddenly looming ahead), it always behaved itself. Obviously, my awesome driving skills also played a part. This very mixed driving returned a long-term average of 55mpg from the 1.6 litre diesel engine – that’s actual mileage. The manufacturer claims 64mpg for this model, the 115bhp 1.6e HDI with the 6-speed auto box and start/stop function.

The start/stop worked well when I first got the car (when it already had 30,000 miles on the clock), cutting the engine almost immediately when coming to a standstill with a foot on the brake and starting it again instantly when the brake was released. It was actually quite impressive, until about 50,000 miles when it became steadily less reliable. Not only would it rarely cut the engine, but towards the end of my time (80,000+ miles) it began to stop but fail to restart. The trip computer similarly worked well at first but was non-functioning after about 60,000 miles. 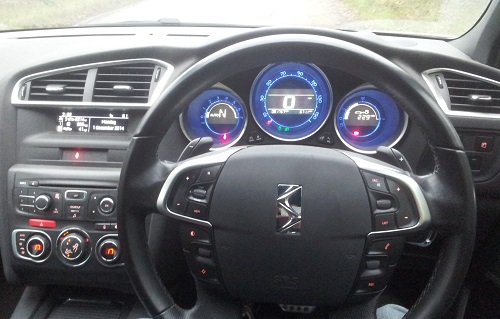 I really liked a couple of the toys on this model. I had a 16GB memory stick in the USB port providing as many tunes as I could want (the interface was a bit clunky, but adequate), and the radio was better at finding and keeping stations than most I’ve tried. The car comes with cruise control, which is always of limited use in UK driving conditions, and a brilliant speed limit function. Dial in a maximum speed, flick the wheel-mounted control, and the car won’t accelerate past that speed. I set it to 32mph (a true 30) and engaged the control when in a 30mph zone – it means you can keep your eyes out of the cockpit to look out for errant kids, dogs, or whatever, instead of being paranoid about every speed trap. It’s an excellent thing that all cars should have.

Less excellent was the rear space, and this is the main reason the car never suited me. I’m a bit leggy and so are my rapidly-growing teenagers, and we couldn’t all fit in the Citroen for any length of time. Adding insult to injury, the rear windows are fixed and non-opening. Although it is a five-door, I’d really describe this car as a 2+2 coupe.

There is a special place in hell reserved for the creator of the Citroen’s automatic gearbox, which is the car’s fatal flaw. I don’t use the word fatal lightly, and I was at times in fear for my life because of this crappy bit of engineering. It’s a robotised box, with a clutch and gears, but driver has no clutch pedal and limited manual override. I’d say that, 95% of the time, gear changes were smooth and accurate. But 5% is a lot of changes to get wrong, and it made driving a stressful experience. 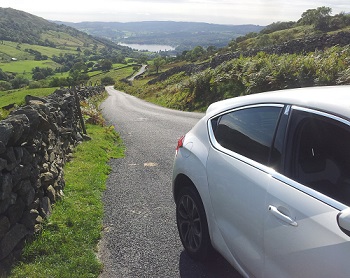 Up hill, down dale, on motorways and country lanes, we visited the four corners of Britain

The engine isn’t overly powerful so it’s little surprise that the box would hunt for the right gear when accelerating under load or uphill. That’s unpleasant, but is the price you pay for the decent fuel economy and low emissions. What is not acceptable is the car’s indecision when attempting to accelerate out of trouble.

The low-speed roll-on was the worst scenario for this, and right turns across traffic were a sphincter-clenching experience. Having slowed the car to a standstill or near standstill, any attempt to accelerate into a gap would appear to baffle the robot. It would then pause for a moment or two, apparently to consider the options, before reluctantly engaging a gear and permitting progress. With oncoming traffic bearing down, this could be genuinely scary. The driver can resort to the steering wheel-mounted gear paddles, but this made no appreciable difference, and anyway the paddles are fixed and so out of reach when turning.

For this reason alone I would not have another one of these cars, or any other with a similar gearbox. The damned things ought to be banned before someone gets killed. 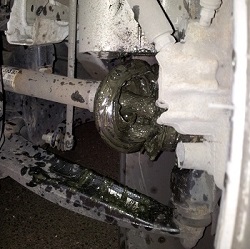 It’s not supposed to look like this: CV joint imploded at about 42,000 miles

My time with the DS4 was marked by one major mechanical failure, when the offside constant-velocity (CV) joint blew itself to pieces. I was manoeuvring in a side street when this happened, luckily enough: it could have been very bad news had it let go at speed. This is a component that should outlast the car, and its failure is another cause for concern over the quality of engineering. To its credit, Citroen appeared equally surprised and even called me up at the office to ask what happened. I learned that they had only (at that time) heard of one other similar failure, and it was repaired under warranty without quibble.

I said at the start that it was never the right car for me, but once I got used to it I did quite like the thing. It looks nice and drives well, despite its significant shortcomings. We liked it enough to give it a nickname, but we won’t really miss it.

The Citroen DS4 became known as the Stormtrooper, for obvious reasons

← My own Bourne identity
Up hill and down dale →